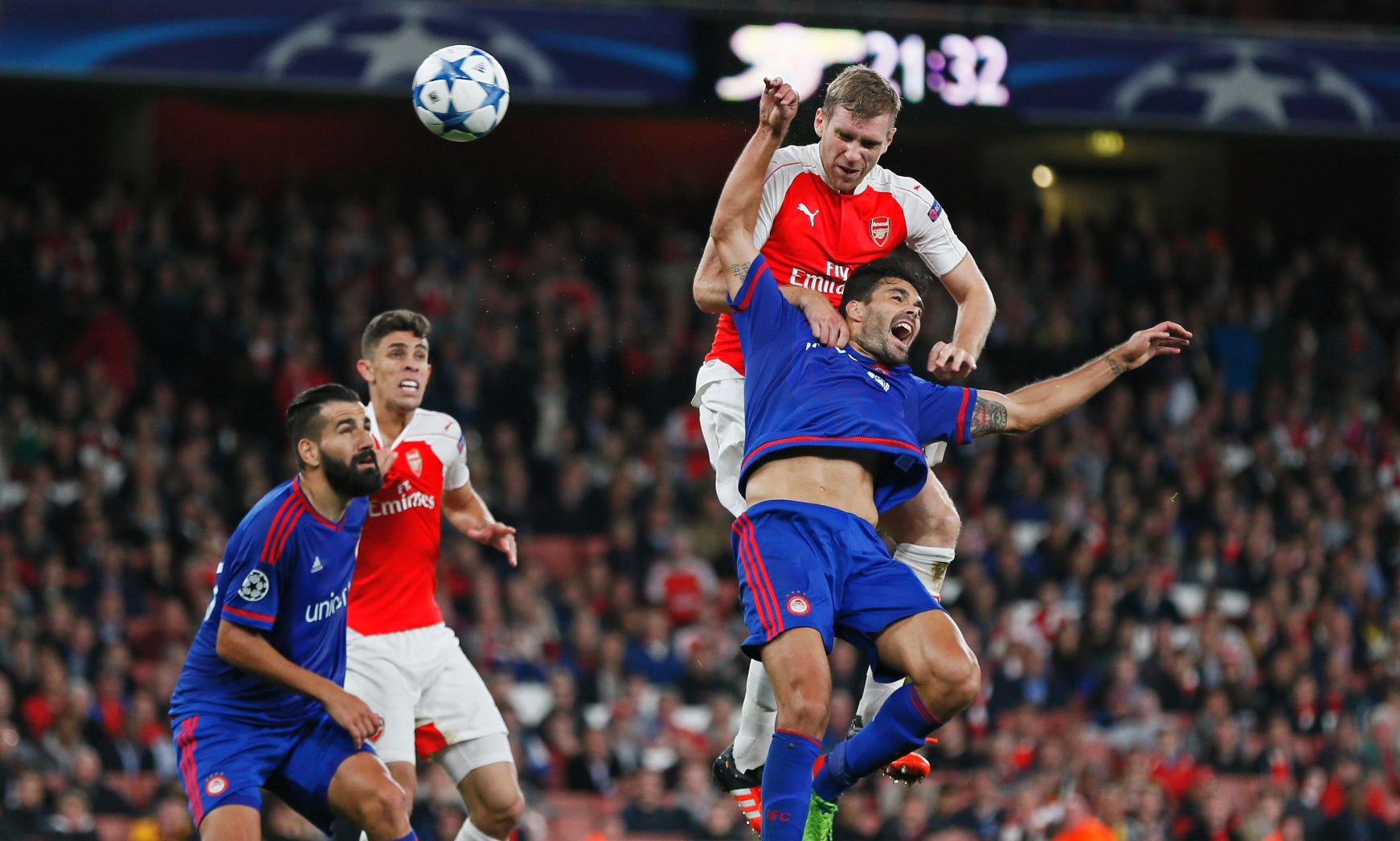 Per Mertesacker admitted Arsenal had let their fans down after they suffered a home defeat to Olympiacos to leave themselves with a mountain to climb in the Champions League.

After the Gunners were beaten 2-1 in their Champions League opener, they hosted Greek side Olympiacos looking to kickstart their campaign.

But it wasn’t to be as they slumped to second successive loss as Olympiacos left the Emirates with a 3-2 victory – stand-in goalkeeper David Ospina dropping a corner into his own net to sum up Arsenal’s night.

The result leaves Arsenal sitting bottom of their group with back-to-back fixtures with German giants Bayern Munich coming up next.

And with their hopes of appearing in the last 16 diminishing by the game, defender Mertesacker knows he and his teammates can have few complaints about their latest loss.

“First of all, we are disappointed because we started quite well, especially on the break after they had set-pieces,” he said.

We lacked that concentration and it is not understandable why we drifted and did not do the job we are used to doing. That is not acceptable and we will be punished [for that] in the Champions League.

“We need to get behind the ball and play better defensively. We lacked discipline, even when you get a goal back don’t rush yourself.

“Get your discipline back and with possession you get your chances. If we are not disciplined and do not chase the ball we have got no chance.

“We have got a couple of days to look back on that performance. I think everyone will have regrets and it is good to take that away.

“It will take a couple of days to recover and to think about Manchester United and play in a different competition, which will be a good opportunity to come back to the Emirates and play our football with possession and dynamism.”

However, manager Arsene Wenger is remaining defiant that he can lead Arsenal into the knockout stages still despite their disastrous start.

“It leaves us in a bad position but we are still in it,” said Wenger. “We have to get a result in our next game against Bayern Munich.

We have to think we can deal with Dinamo Zagreb and Olympiakos away. Some aspects of our game were quite good but we lacked quality in our defensive concentration.

“The turning point was at 2-2. We had scored a goal and then straight away we gave them another goal to make it 3-2.

“We had 65 per cent possession but we feel guilty because we gave easy goals away. We had a bit of bad luck as well.”