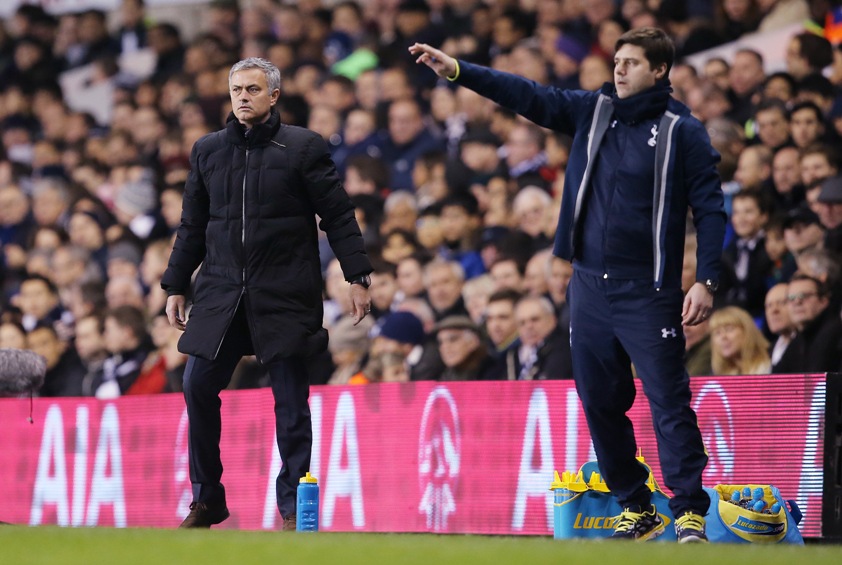 Jose Mourinho has never been slow to point the finger on those he believes have an “agenda” against Chelsea, and now the Maccabi Tel-Aviv groundsman is the latest to feel the wrath of the self-proclaimed Special One.

Both captain John Terry and midfielder Ramires picked up in injuries as the Blues won 4-0 in Israel and now look set to miss Sunday’s London derby with Tottenham at White Hart Lane.

And Mourinho believes the condition of the Tel-Aviv pitch has robbed him of two key players.

“The surface was bad and dangerous,” said the Portuguese boss.

“John has an ankle problem that we don’t know yet the dimension of. For John to leave the pitch with the result 1-0 I know already that he is in trouble.

“My medical department is really good. John is a special guy, with a special desire to recover. But I think to leave the pitch with the result 1-0, I don’t believe too much that he can play against Spurs.

“On Monday we tried to protect the pitch, we trained just a little bit. But by my surprise Maccabi were training after us, plus the warm-up before the game.

The pitch was really bad.

“Ramires slid and had a muscular injury.”

Chelsea fans used to dub the home of Spurs “three-point Lane” such was their form in that part of north London.

But the tide has turned in the last decade. Spurs have lost just one of their last nine home encounters against the Blues and currently sit ten points clear of them in the Premier League table.

Mourinho’s opposite number Mauricio Pochettino, though, has major food for thought ahead of Sunday’s showdown.

Spurs must travel to Azerbaijan on Thursday for their Europa League tie with FK Qarabag before hot-footing it home for Sunday’s midday kick-off.

In preparation Kyle Walker, Danny Rose and Mousa Dembele are among those to have been left at home and spared the 5,000-mile round trip.

But stars such as Harry Kane, Jan Vertonghen and Hugo Lloris are among the 21 to have travelled, and Pochettino admits it has been a difficult balancing act.

“Alex Pritchard, Nacer Chadli and Erik Lamela are also out and we have rested a few players for this game as well,” he said.

“It has been a very busy period and we need all the squad ready to compete in good condition.