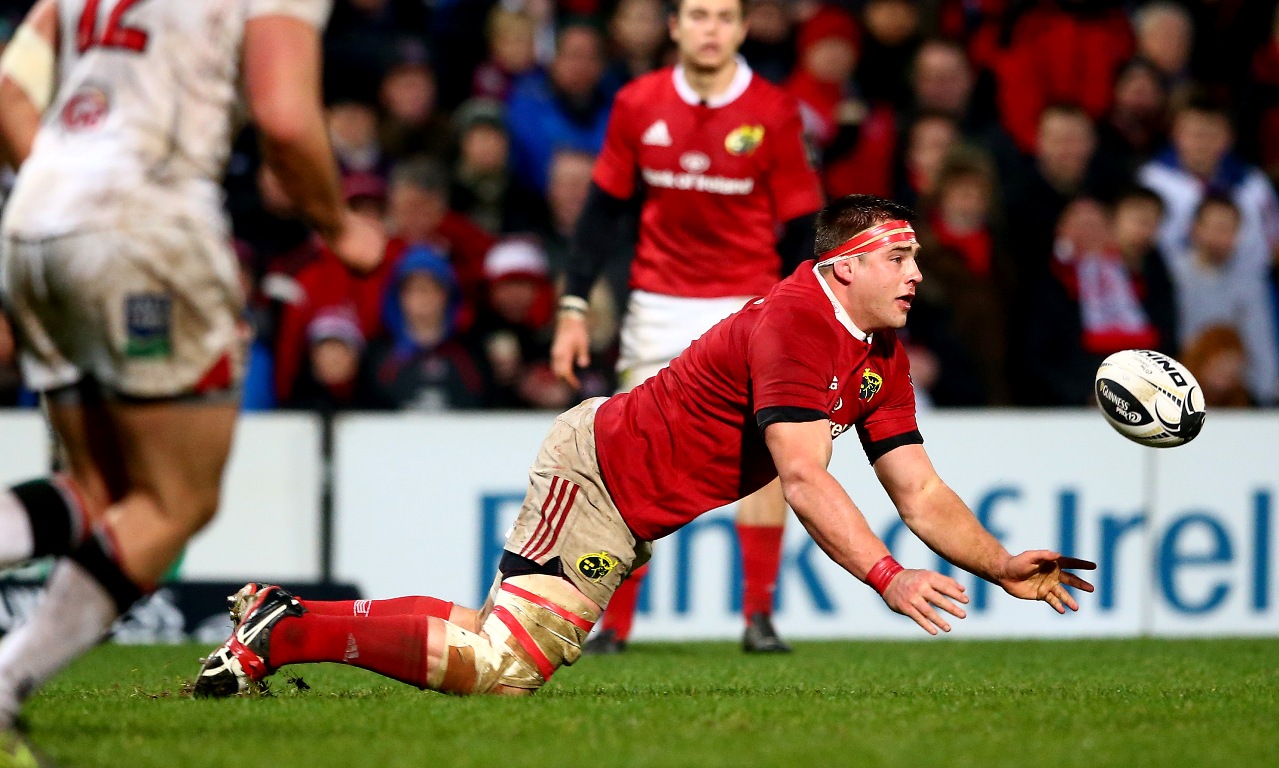 It is crunch time for Munster in Europe and CJ Stander is preparing for the most significant head-to-head battle of his career to date.

Anthony Foley’s side travel to Stade Francais for their rearranged Champions Cup clash, with just five points to their name at the halfway stage in Pool 4.

Defeat will see their quarter-final hopes all but ended, while victory in France could put them back into contention for the knockout stage.

They head into the clash off the back of a 9-7 victory at Ulster in the PRO12, when No.8 Stander captained the Munstermen.

It was a gritty display in which Munster showed the sort of resolve they may well need to overcome their French hosts on Saturday afternoon.

For Stander, meanwhile, a mouth-watering battle awaits with veteran No.8 Sergio Parisse – and possibly a preview of what to expect when Ireland meet Italy in this year’s Six Nations.

“You’re going to have to look after him,” said the South African-born back rower.

“He’s been a great leader for Italy, he’s been playing unbelievable for Stade, and you never know what he’s going to do. He’s always around the ball, always scoring tries and he’s a guy you look at in the videos.

When I was younger I probably looked at him playing and it’s good to go up toe-to-toe with him, to see where you stand, because he’s probably the best player in that jersey in the world.

“It’s good to get that going into the match, he’s unbelievable. You’re never sure if he’s going to pass or kick or something else.”

As for the team as a whole, victory over Ulster put to bed a five-match losing run in all competitions – one that had begun to worry Stander.

“As a captain of any team, you don’t want to lose and I take a lot of pressure on myself, how to fix stuff or where to fix it,” he added.

In fairness the players always have my back, and the coaches also. But as a group we want to win and I want to lead that charge. It was great to get the win up there.”

Foley has been handed a boost ahead of Saturday’s clash, with Ireland duo Conor Murray and Keith Earls making a return to full training.

And the head coach believes that – combined with a return to winning ways – has transformed the mood around the Munster camp.

“The fellas are smiling a small bit this week as opposed to the last month,” said Foley. “We are still very hard on ourselves. There is still stuff to work on from the Ulster game.

”When you watch Stade and Toulouse, the environment you are going to be in, the intensity and physicality, there is stuff we did in Ravenhill that we will not get away with over there.”