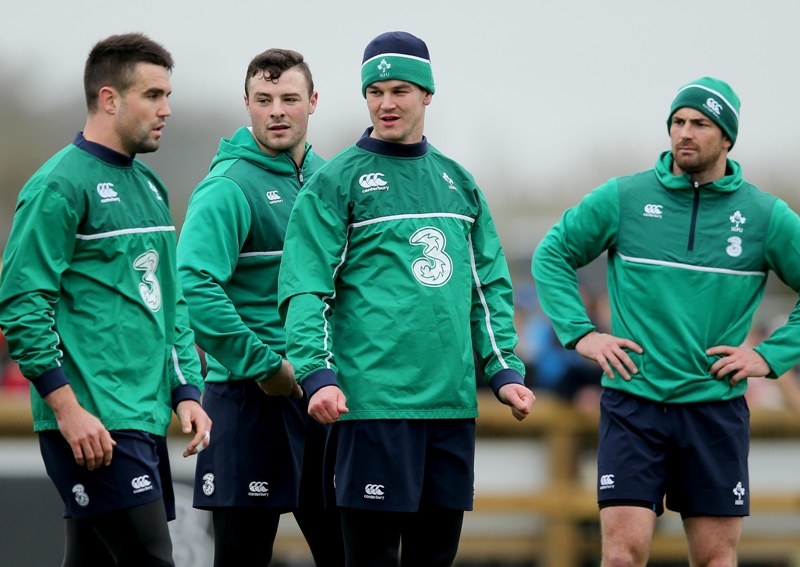 Ireland travel to Twickenham on Saturday still searching for their first win of the Six Nations but face a tough task against an England team that has not lost at home in the Championship since 2012. Before that Wales and France kick off hostilities on Friday night in Cardiff, while Scotland travel to Italy aiming to end a run of nine straight losses in the Six Nations.

Ireland are still searching for their first victory of this year’s Six Nations following a disappointing 10-9 defeat against France in Paris.

Meanwhile Saturday’s opponents, England, have racked up two wins from two as they look for their first title since 2011.

Joe Schmidt’s side were victorious during the last competitive meeting between the two but Ireland have not won at Twickenham since 2010.

Against Les Bleus, CJ Stander continued his impressive start to life in an emerald shirt with the most carries made and most turnovers won for his team and he will expect to be in the thick of things again.

Ireland’s task is made more difficult with the news that Leinster trio Mike McCarthy, Sean O’Brien and Dave Kearney have been ruled out for the rest of the tournament with injuries.

But the return of props Mike Ross and Cian Healy as well as the inclusion of fresh faces Craig Gilroy, Dave Foley and Jordi Murphy are causes for optimism.

Eddie Jones has enjoyed his start at the helm of the Red Rose and he will look to maintain his 100 per cent record as he continues to impart his ideas onto this England side.

A second-half flurry of tries saw them power to a 40-9 victory over Italy in Rome, with centre Jonathan Joseph scoring a hat-trick.

For the clash with Ireland they have lost Josh Beaumont and Ollie Devoto but Elliot Daly has been included in Jones’ 23-man squad for the first time, less than a fortnight after the England head coach questioned whether the Wasps centre was ready for Test rugby.

Warren Gatland has introduced Dan Lydiate, Bradley Davies and Alex Cuthbert into his starting XV for Wales’ tie against France at the Principality Stadium.

His side required a late surge of points to overcome an improving Scotland last time out but they remain unbeaten as they bid for their third Six Nations title in five years.

France are also challenging for the crown after winning their opening two games but Guy Noves’ team are yet to entirely convince.

Scotland will be looking to avoid a tenth straight Six Nations defeat on Saturday as they head to Rome looking to shake off a tag of “nearly men”.

Winger Tim Visser and centre Peter Horne are in contention but Vern Cotter has lost five of the squad that faced Wales, including Blair Cowan and Sean Maitland.

Italy were pipped by France and started well against England so will fancy their chances this weekend.

Marco Fuser and Alessandro Zanni are expected to be fit but the Italians are still waiting for confirmation on whether fly-half Carlo Canna and centre Giulio Bisegni can feature.