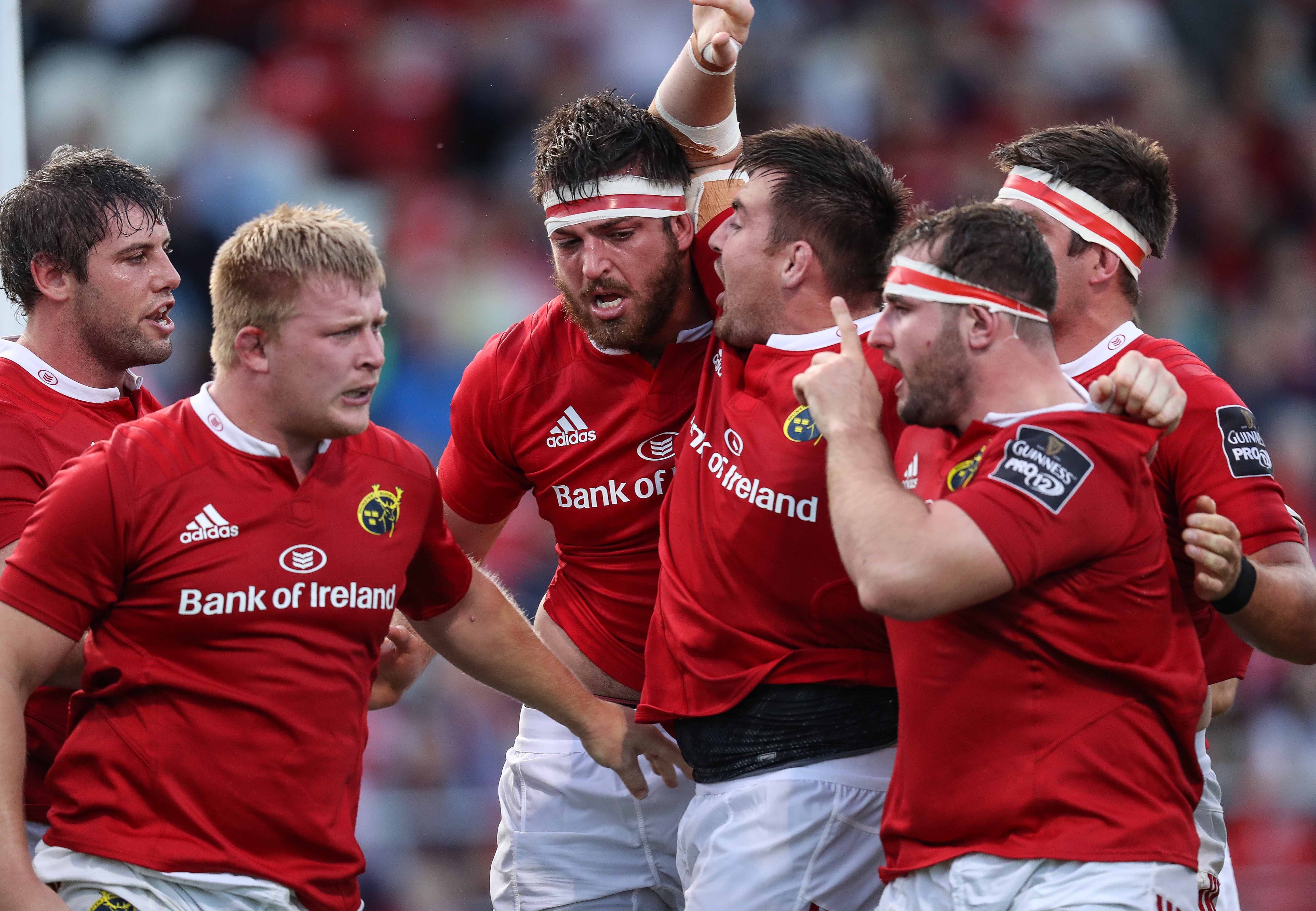 Erasmus has handed a competitive debut to academy centre Dan Goggin after the 21-year-old shone in a 52-21 pre-season win over Worcester Warriors.

There is only one change to the starting XV that dominated Worcester, with Dave Foley joining captain Billy Holland in the second-row.

Tyler Bleyendaal makes his first PRO12 appearance since December at fly-half, where he will be partnered by Duncan Williams.

Rhys Patchell makes his Scarlets debut alongside Gareth Davies, while Welsh internationals Ken Owens, Jake Ball and Scott Williams all feature in what will be a tough test for Munster.

Rory Scannell was one of the shining lights for Munster last year, the 22-year-old centre breaking into the senior side and making 26 appearances – more than any other Munster back – scoring four tries,  including a double against Scarlets in the final game last year.

After being handed the 12 jersey when Denis Hurley was out injured, he so excelled himself that he started every game from Christmas to the end of the season.

He starts alongside former academy colleague Goggin in what is a bold selection from new coach Erasmus.

Scannell – brother of hooker Niall – is a physical presence at inside-centre, but has the distribution skills to play at outside-half, not to mention the eye for a score he showed at the end of last year.

Joe Schmidt has his eye on Scannell and though Robbie Henshaw’s move to Leinster grabbed the headlines, Scannell himself will want to start the season at full tilt to ensure he is in consideration for a green jersey sooner rather than later.

Injuries at the wrong time and marriage have hurt Tommy O’Donnell’s Ireland claim to an incredibly competitive berth.

But O’Donnell is determined to build on his 12 caps and his battle with Scarlets’ Scotland No.7 John Barclay will be a critical in determining the victor of Saturday’s clash.

The 29-year-old is blessed with terrific pace and plays like a true openside, linking between backs and forwards superbly.

But with an abundance of young potential in the back-line, O’Donnell’s poaching instincts will be critical in making the most of any half-breaks against a talented Scarlets back division.

Fourteen of Munster’s starting line-up are academy products, but perhaps the most intriguing return is that of Tyler Bleyendaal.

The New Zealander could only muster five appearances for the province last season, but the 26-year-old has pedigree having captained the Baby Blacks to a World Rugby Under-20 Championship title in 2010.

Irish internationals Dave Kilcoyne and Donnacha Ryan begin on the bench and should provide vital impetus as the game wears on.