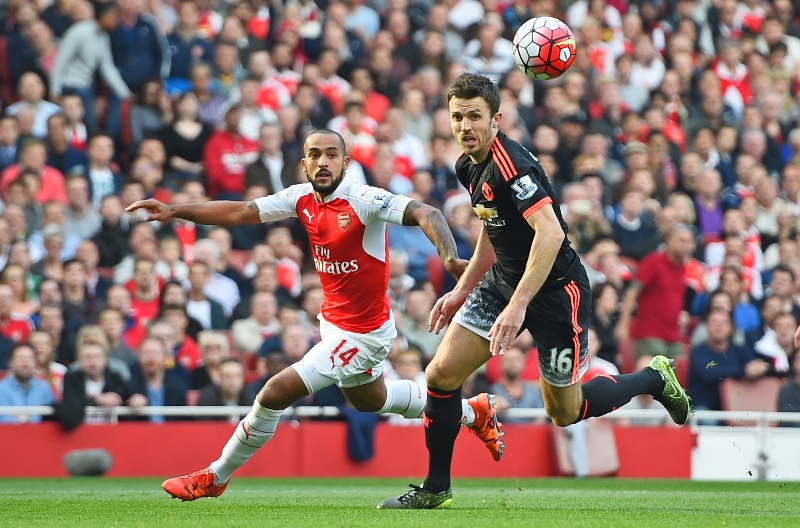 It’s a decade since Arsenal took three points at Manchester United, but if Arsene Wenger’s men want to end an even longer wait to lift the Premier League title come May then they must end their Old Trafford hoodoo on Sunday.

With leaders Leicester City at home to struggling Norwich City on Saturday and north London rivals Tottenham Hotspur set to host Swansea City, the Gunners could end the weekend five points off the pace if their trip to the north west goes south.

United enjoyed convincing victories over Shrewsbury Town and FC Midtjylland during the Premier League break while Arsenal were taught a Champions League lesson by Barcelona.

Wenger’s men go to Old Trafford saddled with the rare favourites tag but, in one of the most unpredictable top flight seasons in living memory, Wenger knows that counts for very little. “Everybody drops points,” said the Frenchman.

“It is unpredictable. We have rebuilt a good run in the Premier League and we need to continue that.

“It’s a period of the season where you can show quality, nerves and desire as well.

“We need to get over the disappointment of the result in the Champions League.

“We need to focus on the Premier League where we have a big part to play. How many points that will be needed, we don’t know. Let’s not set any limit on the number of points we can get.”

Alex Oxlade-Chamberlain is likely to miss the clash on Sunday after injuring his ankle against Barcelona during a challenge with Javier Mascherano.

Louis van Gaal’s squad is severely depleted, as Anthony Martial has joined an ever-growing injury list after suffering a hamstring strain on Thursday.

However, that blow was softened by the performance of 18-year-old academy graduate Marcus Rashford, who took the Frenchman’s place to score two debut goals against Midtjylland.

David De Gea and Chris Smalling are also doubts and a decision will be made after late fitness tests.

He said: “It is ridiculous [the injuries] but you have to cope with that.

“It is difficult also for the team because after David de Gea and now Martial, they have both played a very good season and they will have to be replaced.

“When you don’t have other players it is difficult when you have to change or rotate.”