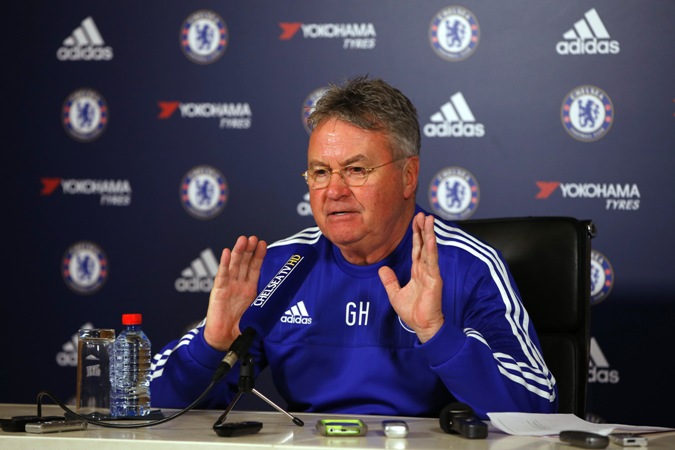 For the last decade Chelsea versus Manchester United has been the Premier League’s key fixture – how times have changed. 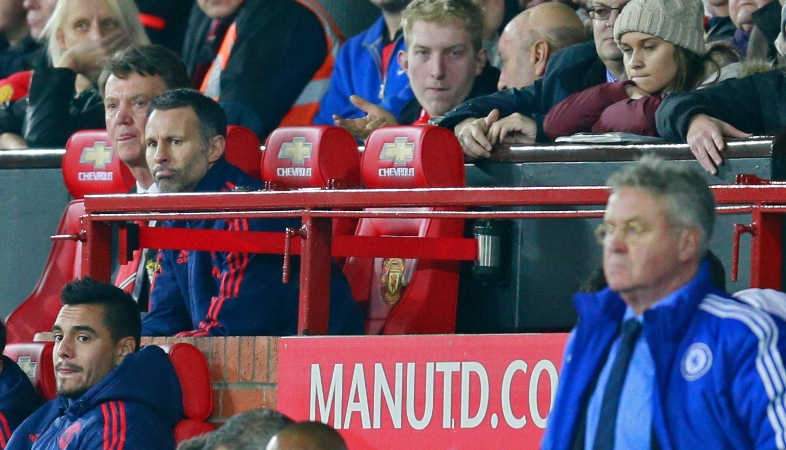 This weekend’s clash couldn’t be much further from a showdown between two-title rivals, but nevertheless it remains significant.

Chelsea are unbeaten under interim boss Guus Hiddink and must be eyeing a late surge for European football. And while their final league position will not have much effect on Hiddink’s job prospects, opposite number Louis van Gaal’s fate will certainly be determined by United’s finishing position.

Chelsea are unbeaten in their last nine league and cup games against United, while the Red Devils have won just one Premier League game at Stamford Bridge since 2002 – a 3-2 victory in October 2012.

Victory would give Chelsea their 50th win against Manchester United in all competitions and the odds look likely on Hiddink’s men keeping their run going.

The Dutchman joked a “3.1-point average” is needed to salvage a top-four place this season, but he is confident there is a new solidity about the side ahead of a key fortnight featuring a trip to Paris Saint-Germain in the Champions League and a home FA Cup tie with Manchester City.

“We’re getting back on track,” said Hiddink, who has overseen four wins and five draws in nine games since returning to the club.

“I’d like to have more victories than the draws, but I think the team is step-by-step more stable and now we hope to go into a beautiful springtime.”

The Blues could draw four successive Premier League home games for the first time, while Wednesday’s draw at Watford means Chelsea still have not recorded back-to-back league victories since winning the title last May.

And Hiddink refused to be drawn on the future of Van Gaal ahead of the clash.

“It’s difficult for me to judge,” he said. “I have a professional relationship with Louis. We haven’t met that much in our professional life in Holland – a few times, but not many.

“We can talk the whole morning about Manchester United but I am wearing a different colour. Every club during the season has periods where they might worry a bit. We had that as well.

I don’t like to go too much into other people’s kitchens.”

Defeat would leave Manchester United with their lowest points tally (40) at this stage of a Premier League season.

But van Gaal is refusing to panic just yet.

“Juan Mata participated in all three goals and that is what I like to see, but every player has to prove it every week – even my captain Wayne Rooney. He has to do that,” Van Gaal said.

“Everybody forgets he was substituted against Stoke City on Boxing Day, but it is always the same with me.

“You have to prove it every game and in every training session, and if you do you play. But when Rooney plays like this week you cannot say to him ‘come to the bench’.

“It was a great performance in midweek, not only defensively but in attack. The difference in the first half was that we scored and that made things easier. Michael Carrick said to me that when you score early like that everything goes more easily.”