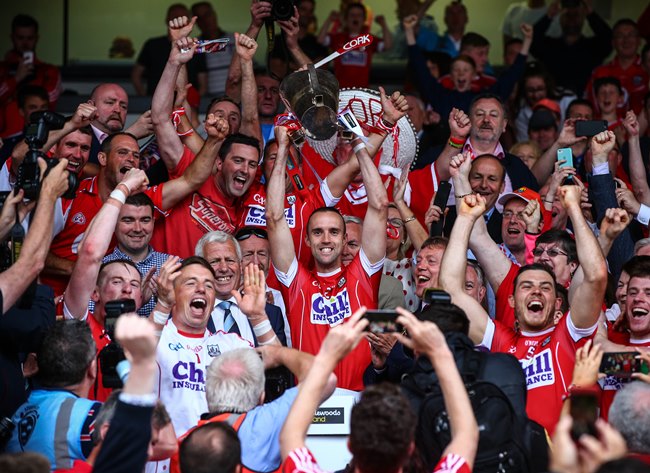 Patrick Horgan’s 13-point haul inspired Cork to a 1-25 to 1-20 win against Clare for their 52nd Munster Senior Hurling Championship title.

Their win ensures they go on to the All Ireland semi-finals, moving them one step closer to a 31st All Ireland title – and a first since 2005.

Horgan was the star of the show, becoming Cork’s all-time points scorer, and Alan Cadogan was also on fire for Kieran Kingston’s men, while Tony Kelly was the top scorer for Clare with ten points.

Here we look at all the social media reaction from Sunday’s game.

Got to say the Cork fans are class.Brought brilliant atmosphere to munster hurling final yesterday. .

Munster #hurling final struck me as very tactical, not a classic. Cork were never out of sight, but, strangely, always in control! #GAA

After a felt absence, Cork hurling is really coming back. #CORKGAA2017

Can Cork go all the way?

Munster hurling final is really the all Ireland final

#CORKGAA2017 hurlers are team of 2017 so far, playing such great brand hurling, even eclipsing my beloved #Wexford who we are so proud of https://t.co/EiKaRecq5R

Patrick Horgan has just passed Christy Ring to become the highest scoring Cork player in history, what a legend ??

The whole of Munster was gripped by the match

It’s acceptable to leave Mass early to watch at least the 2nd half of the Munster Hurling Final right? #MunsterFinal #gaa

At the Munster Hurling final in Thurles. So far in the Cork end, I’ve spotted Argentinian, Italian, Serbian, US and Catalan flags

Brilliant for Cork. That group deserves some credit. Stuck together when they were being abused left, right and center.#uptherebels

LIFE STYLE SPORTS HAS THE LATEST RANGE OF EVERY COUNTY’S APPAREL. EVERY COLOUR AVAILABLE TO PURCHASE IN-STORE AND ONLINE. CLICK HERE TO SHOP NOW.