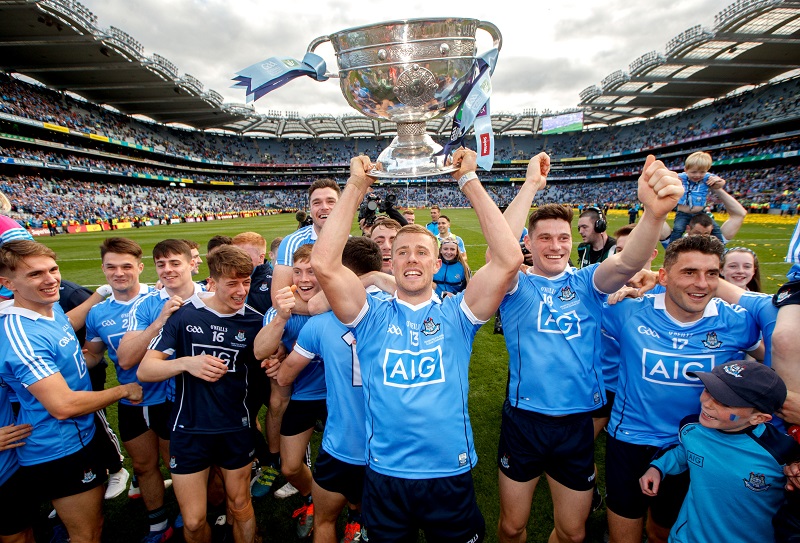 The Dubs got the better of Mayo 1-17 to 1-16 in an enthralling final at Croke Park – a victory which means Mayo have lost nine successive finals.

The Westerners looked to be on to banish that hoodoo when they went in ahead at half-time by a single point despite Con O’Callaghan’s neatly taken goal after three minutes.

Dublin’s John Small and Mayo defender Donie Vaughan both saw red in a scrappy second half as both sides gave their all to hoist the Sam Maguire trophy.

But the Boys in Blue hauled their way back into contention and it was left to talisman Rock to fire over the posts to send Dublin delirious.

It was a familiar sinking feeling for Mayo as they suffered their third All-Ireland final defeat to Dublin in four years – all by a single point margin.

And as Dublin made it three in a row for the first time since 1923, we took a look at how social media reacted to drama at Croke Park:

Heartbreaking for Mayo. Some achievement from Dublin to win 3 in a row!

What a day that was?

Massive congratulations to James McCarthy who has won Man of the Match for the All-Ireland final! #UpTheDubs #COYBIB

Well it was a fabulous game, mostly, but Jesus, your heart would break for Mayo. #Gaa

About to land ? @CrokePark @AIB_GAA here I come Dublin v Mayo & can’t wait to get going with my co’commentator Unbelievable Jeff Stelling pic.twitter.com/7KwOuHqBAH

SHOW YOUR LOVE FOR ‘THE DUBS’ BY CHECKING OUT THE LATEST DUBLIN GAA JERSEYS AT LIFE STYLE SPORTS, THE OFFICIAL RETAILER FOR DUBLIN GAA.