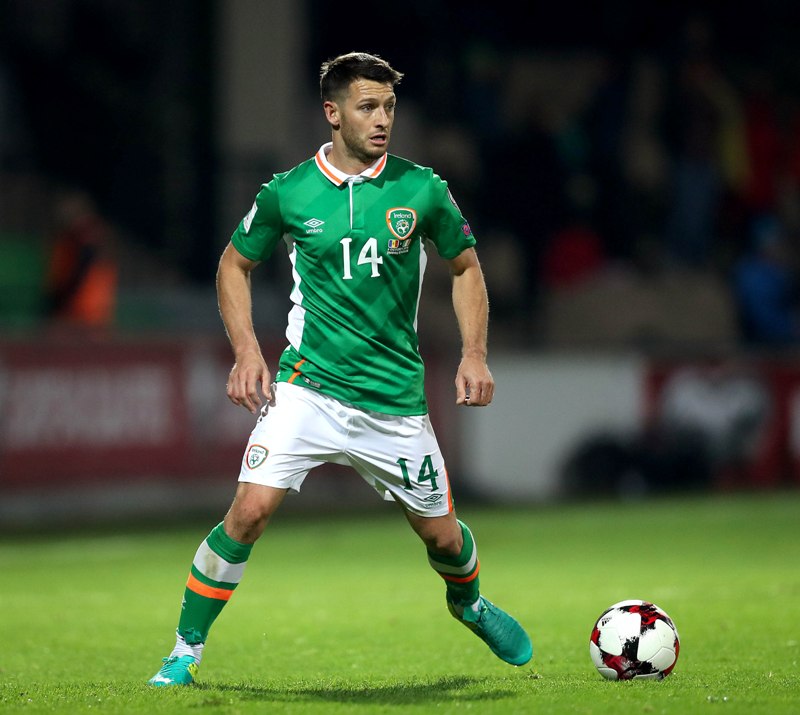 With seven points from their opening three games, it has been almost a dream start to World Cup qualifying for Ireland.

But with a trip to Austria to come on Saturday, Martin O’Neill’s side are gearing up for what is arguably their toughest game of the campaign to date.

After years of being Europe’s nearly men, big things were expected of Marcel Koller’s side at Euro 2016 but they instead underwhelmed to finish bottom of Group F with just a solitary point.

It’s a disappointment Austria are determined to address, although the World Cup qualifiers have not proved straightforward thus far – Koller’s men drawing at home to Wales and losing to Serbia last month.

Their mood will contrast to Ireland’s, who are only behind group leaders Serbia on goal difference, with the contribution of one man in particular getting the sea of green fans excited.

Wes Hoolahan has illuminated the Aviva Stadium in his 36-cap international career so far, particularly instrumental in the 3-1 victory over Moldova, adding to the win against Georgia and a credible draw away in Serbia.

With that in mind, we’ve picked out three reasons why Hoolahan simply has to start against Austria.

There are many calls for Hoolahan to be used as an impact sub for Ireland, with the 34-year-old having shown he needs just a matter of minutes to light up a game.

But he proved destructive from the outset against Moldova last month, executing the perfect through ball for Shane Long to open the scoring just two minutes into the match.

While that was the stand-out moment, it was an impressive all-round display from Hoolahan – whose constant attacking threat was the marked difference between the two sides.

He had a hand in the crucial third goal too, nutmegging Alexandru Dedov which allowed Seamus Coleman to square for James McClean’s tap-in as the Coleman-Hoolahan axis worked its magic once again.

He can fit the necessary formation

While Austria have not live up to their potential over the past six months, they are certainly a team deserving of plenty of respect.

It’s unlikely O’Neill will opt for a 4-4-2 formation but with Hoolahan sitting behind the lone striker in a 4-4-1-1 system, there is scope for defensive solidity not to be neglected.

It’s a system in which he has profited with club side Norwich City, recently racking up his 300th appearance for the Canaries.

And the attacking midfielder has also added consistency to his game, playing a key part in Norwich’s Championship season so far, which included them reaching the top of the table in the early stages.

And with goalkeeper Robert Almer and defender Sebastian Prodl out injured for Austria, Hoolahan will enjoy making his mark on potential inexperience within the home defence.

Plenty more to give

It’s hard to believe that, with the impact Hoolahan has made on the Ireland team in recent years, he only earned one international cap before the age of 30.

While his ability to play back-to-back games may be in doubt, a trip to Austria marks Ireland’s last qualifying game until March’s tie with Wales – giving O’Neill plenty of scope to unleash his star midfielder with full force.

And while the 2018 World Cup may seem a long way in the future, the sooner O’Neill can settle on his best combinations, the better.

But whatever style the Boys in Green elect to use, Hoolahan must surely be a focal point thanks to his creative flair.

And with a taste of tournament experience now under the 34-year-old’s belt – he even grabbed a Euro 2016 goal against Sweden – the stage is set for him to be even bigger and better in two years’ time.

LIFESTYLE SPORTS HAS THE WIDEST CHOICE OF INTERNATIONAL KIT AVAILABLE IN IRELAND. THE NEW RANGE OF SHIRTS IS NOW AVAILABLE TO PURCHASE IN-STORE AND ONLINE. CLICK HERE TO SHOP THE RANGE NOW.