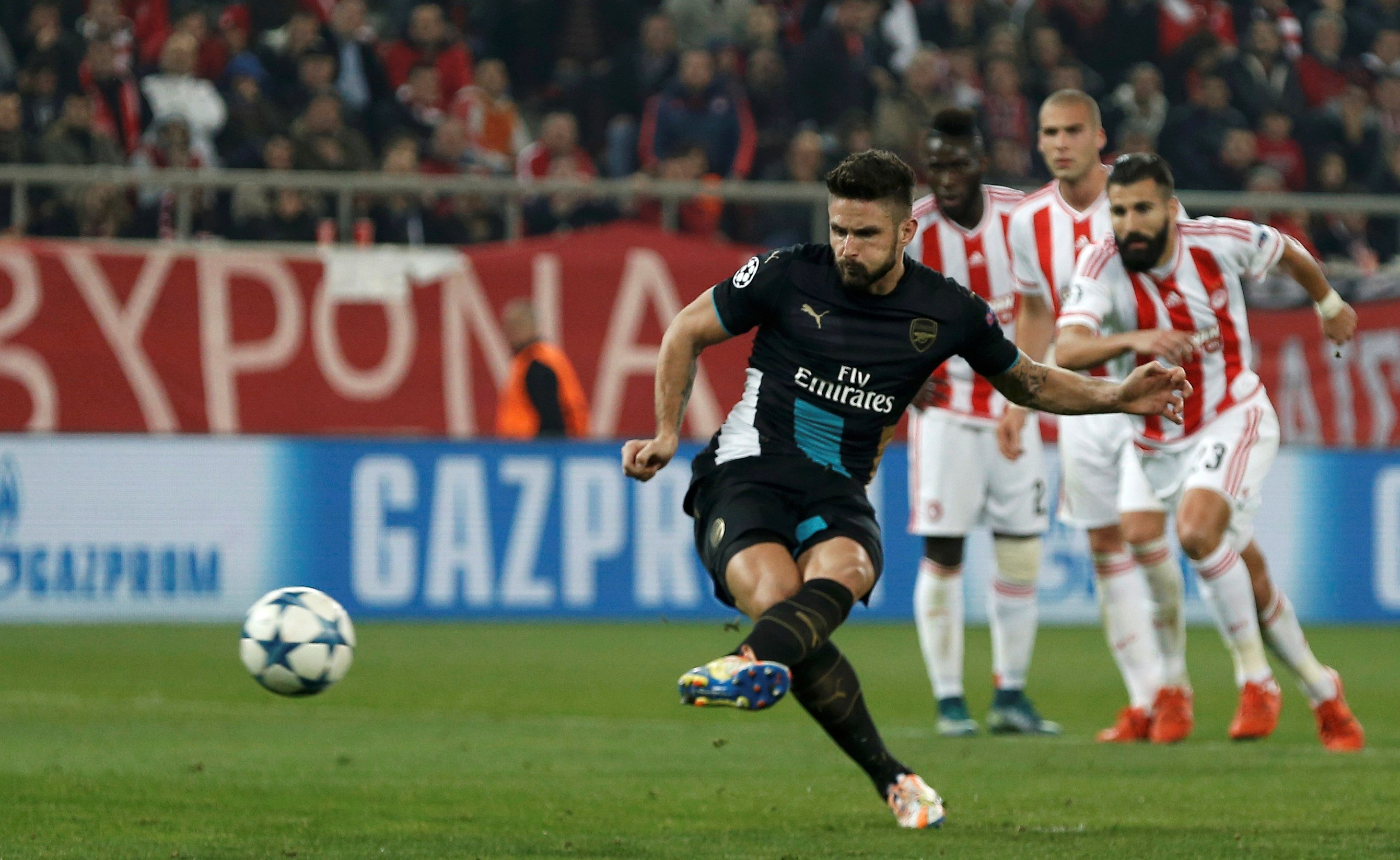 At the treble: Ten Premier League hat-tricks in Europe

Cristiano Ronaldo has four and Lionel Messi five – not Ballon D’Ors, but Champions League hat-tricks. It is no mean feat to find the net three times in 90 minutes on the biggest club stage in Europe but Premier League players have been doing it for years too. Here are ten of our favourites:

We begin way back in 1995 and Blackburn’s only Champions League outing, after they had lifted the Premier League title the previous season. And Mike Newell didn’t let the opportunity go to waste when Norwegian side Rosenborg came to Ewood Park. He struck the then fastest hat-trick in the history of the revamped competition, beating the goalkeeper three times in nine minutes – though the Rovers would go on to finish bottom of their group.

Tino’s big night on the Toon

Fast forward two years and it was Newcastle’s turn to rub shoulders with the elite. Disaster struck when Alan Shearer was ruled out of a clash with Barcelona with a broken leg, but up stepped Faustino Asprilla. ‘Tino’ scored from the penalty spot before heading home a pair of Keith Gillespie crosses so secure a famous 3-2 victory for the Toon.

Manchester United fans only had to wait a couple of months after that for a European hat-trick of their own. It came in Rotterdam, as Andy Cole fired the Red Devils to a 3-1 win at Feyenoord and towards the top of their group. Cole would go on to repeat the feat three years later in a 5-1 thrashing of Anderlecht, becoming the first Englishman in history to score two Champions League trebles.

Anything you can do…

It didn’t take long for Michael Owen to match Cole’s record, when he followed up a 2001 hat-trick against FC Haka the following year. This time Spartak Moscow were on the receiving end of the diminutive Liverpool striker, who netted three times in typical predatory fashion. And Owen would go on to make it a hat-trick of hat-tricks in 2009, his Manchester United days, in a 3-1 victory over Wolfsburg – how they could have done with that on Tuesday night.

Thierry Henry boasts just one Champions League treble – but it was one to behold. Also in 2002, the Frenchman travelled to Roma with Arsenal and produced a masterclass. The Gunners conceded after just four minutes but a sublime Henry strike levelled things up before he put the visitors ahead 20 minutes from time. And the man of the hour sealed his hat-trick with a superb free-kick.

The turn of the century truly was a golden time for Premier League hat-tricks in Europe and next it was the turn of Shearer. With the Magpies back in the big time, their talisman led the way – especially when Bayer Leverkusen came to the North East in February 2003. A diving header was the highlight as Leverkusen, who failed to register a point in the group stage, were put to the sword. Unfortunately for Newcastle, Barcelona and Inter Milan qualified at their expense in the end.

As Shearer approached his mid-30s, the legendary England striker’s natural successor was on the way up. An 18-year-old Wayne Rooney secured a £27m move from Everton to Manchester United in 2004 and his debut was one to remember. In his first game since limping out of Euro 2004, Rooney fired home a hat-trick as his new club thrashed Fenerbahce 6-2.

What would a list of some of the Premier League’s greatest ever strikers be without…Nicklas Bendtner? Bendtner may have made his name as the laughing stock of Arsenal but Porto clearly let their guard down in March 2010. It all came together for the towering Dane, who netted twice in the first half and completed his perfect evening from the penalty spot, sending the Portuguese visitors home with a 5-0 defeat – 6-2 on aggregate.

Arsenal have made a habit of making life difficult for themselves in Europe of late it was no different last season, when Danny Welbeck was the hero. On the 18th anniversary of Arsene Wenger’s appointment, the Arsenal manager deployed his new arrival against Galatasaray, after defeat to Borussia Dortmund had left them in trouble. Enter Welbeck, whose eye-catching hat-trick led them to a 4-1 win and out of the mire.

Different season, same story. Arsenal embarked on this week’s trip to Olympiakos knowing anything less than three points wouldn’t do. Welbeck is stuck on the treatment table – alongside an army of teammates – but while in-form Mesut Ozil had been billed as their saviour, it was someone else to stepped up. Olivier Giroud headed in the opener before sweeping home and, much like Bendtner five years earlier, the Frenchman sealed it from the spot. Voila.