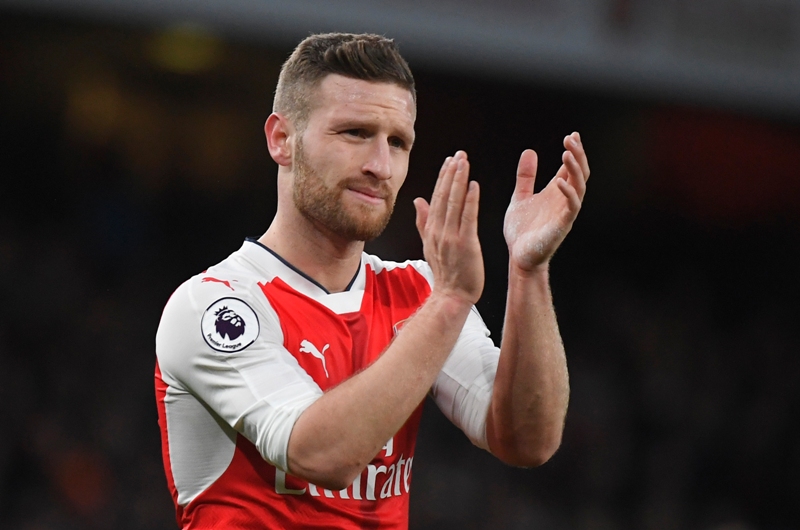 How are Arsenal’s new signings settling in?

Arsenal were tipped to finish outside of the Champions League places at the beginning of the season, with a resurgent Manchester United, Chelsea and Liverpool expected to make their lives difficult – but Arsene Wenger did not panic and splash the cash.

Instead, the Frenchman did what he does most summers, and spent comparatively little, focussing on ability rather than reputation.

The Gunners have enjoyed an excellent first third of the season, as they sit second in the Premier League and have already booked their place in the Champions League knockout stages ahead of their final group game against Basel tonight.

But how much of an impact have Wenger’s latest signings had?

Leader at the back

The leaky backline, which arguably cost Arsenal the title last season, has improved drastically this year – largely down to the addition of Shkodran Mustafi from Valencia.

The £35m signing has already forged an impressive partnership with Laurent Koscielny, and the Gunners look much better for it – conceding just 14 goals, the third fewest in the division.

Recent Arsenal sides have been accused of having a soft centre, but this season they stood firm away at Manchester United, fending off 12 shots in a 1-1 draw, and against Chelsea – where they kept a clean sheet in a 3-0 win.

Four of Arsenal’s 14 goals conceded came on the opening day, in a thrilling 4-3 defeat to Liverpool – highlighting the impact Mustafi has made at the heart of the defence since he made his debut in September.

With a tricky Christmas period ahead, which features tough away games at Everton and Manchester City, Arsenal’s defence is about to fully tested but, with Mustafi on board, this time there is an expectation it can stand tall.

While Mustafi has plugged a gaping hole in Arsenal’s backline, Granit Xhaka is yet to hit the heights expected of him in central midfield since his move from Borussia Monchengladbach.

Signed in May for £30m, the 24-year-old was expected to be a natural fit in Wenger’s bid to offer added protection to his defence, and he has shown flashes of ability.

An energetic box-to-box midfielder, Xhaka also possesses a hammer of a left foot – which he showed off with a thumping goal against Hull City in September.

But the inconsistency in his displays saw Wenger drop him to the bench in favour of Francois Coquelin and Mohamed Elneny.

However, Xhaka has shown that when he fully adjusts to the Premier League he will be an asset – but is he the midfielder they need to be successful? The jury is still out.

Lucas Perez and Rob Holding were Arsene Wenger’s surprise signings last summer, and neither has had a major impact so far.

Young centre-back Holding enjoyed a bright start to the season, as Arsenal suffered a defensive injury crisis creating space for him in the team, but once Koscielny returned and Mustafi arrived he was soon dropped to the bench.

The 21-year-old has made just three EFL Cup appearances since August, but has showed enough to suggest he could have a bright future in North London.

Meanwhile, it has been an unhappy first four months for striker Perez.  The Spaniard plays in a similar style to Leicester striker Jamie Vardy, who Wenger targeted in the summer.

Clearly a capable player, Perez showed his best with two goals away at Nottingham Forest in the EFL Cup – but they remain his only Gunners goals so far, while injury has limited his availability.

Arsenal fans wanted a top-class striker in the summer and reacted indifferently when Perez arrived. If the Gunners’ goals dry up, expect the pressure to ramp up on Wenger and his new frontman.

YOU CAN SHOP FOR PREMIER LEAGUE KITS NOW AT LIFE STYLE SPORTS WHERE YOU CAN ALSO GET YOUR SHIRT CUSTOMISED WITH YOUR FAVOURITE PLAYER’S NAME.