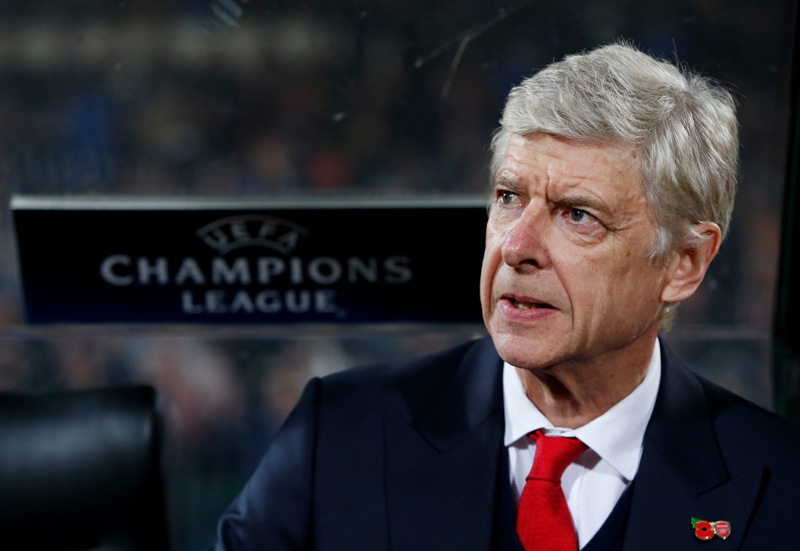 Why Arsenal must top their Champions League group

Arsenal and PSG have both already qualified for the knockout phase of the Champions League but Wednesday’s meeting at the Emirates is crucial to deciding the group winners.

Both teams have picked up ten points from their opening four games with Arsenal currently top of the tree thanks to a superior goal difference.

With plenty of this season still to go, some managers might consider resting some players in a competition where qualification is already guaranteed but Arsenal need to win their group. Here’s why:

Many see this as Arsenal’s downfall in recent years. Group winners in the group stages face the runners-up in the Round of 16 which will often mean an easier tie.

In recent years, finishing second in the group has seen the Gunners face Barcelona, Monaco and Bayern Munich (twice) in the first knockout stage and each time they’ve been beaten over two legs.

Looking at the groups as they stand, the likes of Besiktas, FC Porto and Sevilla could all finish as runners-up and allow Arsenal to avoid the bigger clubs and reach a rare quarter-final, even if Real Madrid and Bayern Munich are also currently on course to finish second in their groups.

Topping their group would also give the North London club a home leg second in the Round of 16 which can also be seen as an advantage.

Pressure would be eased on Wenger

The Arsenal manager’s lack of success in this competition has been one of the biggest criticisms levelled at him during his long reign at the club.

In each of the last six seasons Wenger’s side have been knocked out in the first knockout phase with their last victory over two legs coming against Porto in 2010.

Since their Champions League final defeat to Barcelona in 2006, Arsenal have only progressed past the quarter-finals once – a major bugbear of many fans.

Constant qualification for football most prestigious tournament is a significant achievement but one last Champions League cup run before his retirement would certainly aid the Wenger legacy.

If Arsenal were to top their group, there’s a possibility they would be the only British club to do so and therefore give them the best chance of being the last Brit standing in the competition.

Celtic, who are also in Group C, are effectively already out and although Europe’s surprise package Leicester City could top their group, few will back them over two legs in the last 16.

YOU CAN SHOP FOR PREMIER LEAGUE AND LIGUE 1 KIT NOW AT LIFE STYLE SPORTS WHERE YOU CAN ALSO GET YOUR SHIRT CUSTOMISED WITH YOUR FAVOURITE PLAYER’S NAME.