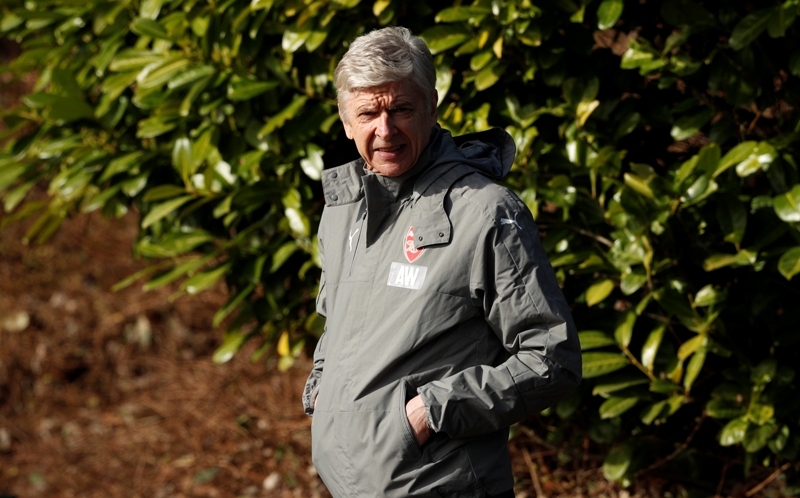 Trailing 5-1 after the first leg in Germany, Arsenal have 90 minutes to salvage something from their Champions League campaign on Tuesday.

If, as is widely anticipated, they exit the competition all eyes will once again turn to Arsene Wenger’s quest to finish inside the Premier League’s top four.

And even that target, one that Wenger has achieved with remarkable regularity in the past, looks shaky after their 3-1 defeat to Liverpool at the weekend.

Failure to qualify for Europe’s elite competition could spell the end for many favourites at the Emirates including the likes of Alexis Sanchez and Mesut Ozil.

Un verdadero guerrero no lucha por odio a los que tiene enfrente. Si no por AMOR a los que tiene detrás ⚪️? let ‘s go Gunners . “el único fracaso es no intentarlo. ” ⚽️ The true warrior fights not because he hates the ones in front of him, but because he loves those behind him. ?⚪️ Let ‘ go Gunners. ” The only failure is not trying.” ??

The Chilean has been strongly linked with a move away from North London with reports of a training ground row last week not helping the situation.

Wenger has denied the reports but did leave his star man on the bench for their game against Liverpool on Saturday night.

Sanchez has scored 17 goals and assisted a further nine for Arsenal so far this campaign but his future at the club is far from certain.

Ozil won’t be part of the Gunners squad to face Bayern Munich having not recovered fully from the illness that saw him ruled out of the Liverpool match.

Like Sanchez, the German midfielder has yet to agree a new deal with Arsenal fuelling rumours that he too will depart the Emirates at the end of the year.

Ozil recently revealed he turned down a move to Barcelona in 2010 just prior to his transfer from Real Madrid and his unwillingness to sign a new contract could suggest he’s ready to move again.

A manager renowned for being careful with the purse strings, Wenger could be required to splash the cash not once but twice next summer if his side qualify for the Champions League.

Karim Benzema has long been a target of Arsenal’s but so far the French striker has shown little evidence of a desire to leave the Spanish capital.

Borussia Dortmund’s Marco Reus is a signing more likely to appease Gunners’ fans if he were brought in to replace Sanchez or Ozil but a rumoured asking price of £70m is extremely high.

Elsewhere, young Monaco striker Kylian Mbappe is also thought to be on Wenger’s radar as a player who could achieve similar feats at Arsenal to Gunners legend Thierry Henry.

It could be a decisive few months for Wenger and his Arsenal squad on and off the pitch.