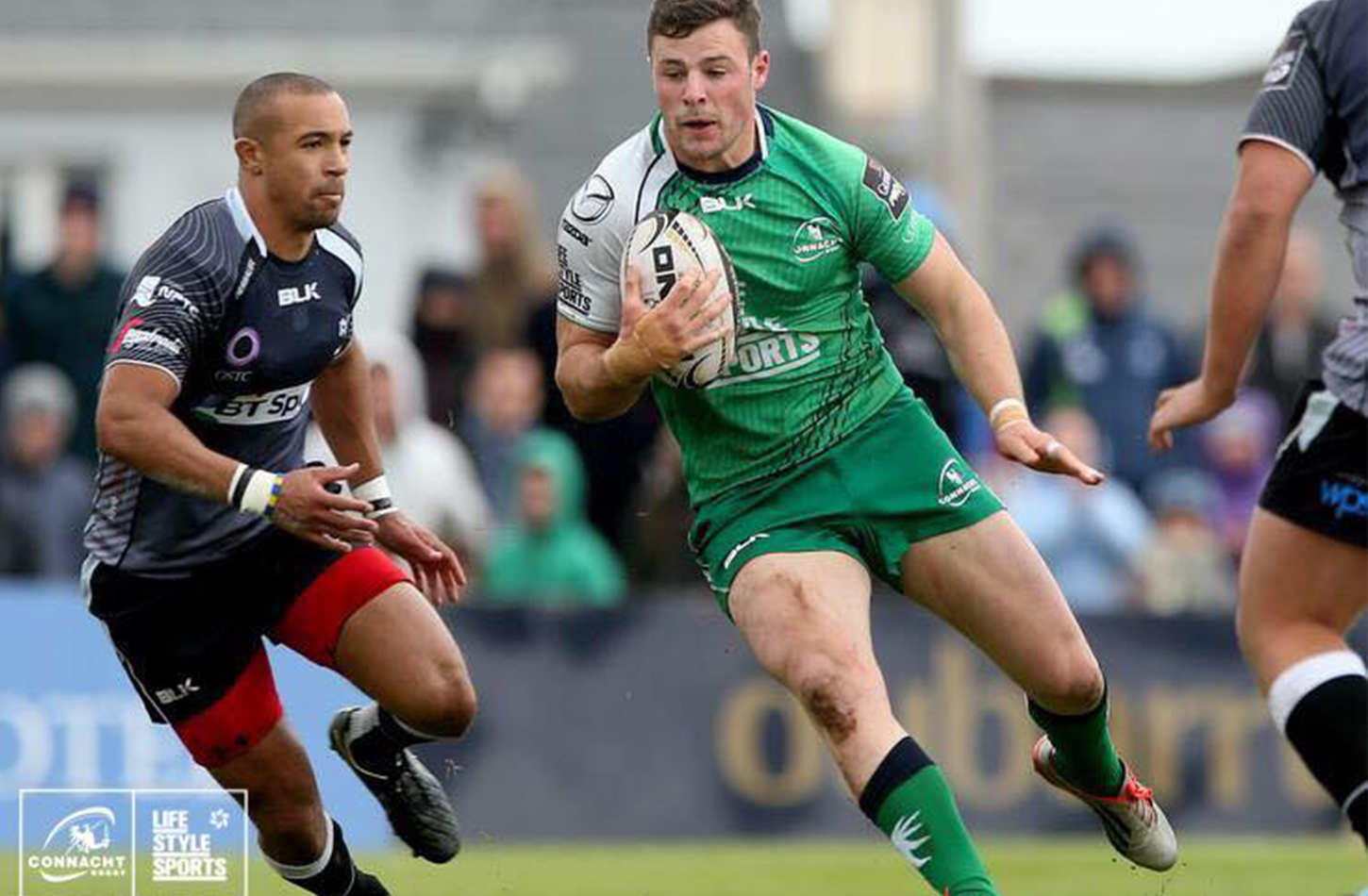 IT REALLY IS INCREDIBLE HOW QUICKLY THE SEASON DISAPPEARS. I WAS TALKING TO SOME OF THE GUYS IN THE CHANGING ROOM EARLIER AND WE WERE SAYING HOW FAST IT ALL COMES ROUND AGAIN. WE’LL BE LOOKING FORWARD TO ANOTHER GOOD PRE- SEASON AND THEN NEXT SEASON WILL BE A MASSIVE ONE FOR A LOT OF PEOPLE.

However, there’s still a job to be done this season and we have another chance of nailing that spot in the Champions Cup, which we’ve been chasing all season. Gloucester is a quality side, full of internationals and they will be up for it but we know them well from the Challenge Cup and we’ll be hoping to take them on and claim that home fixture against a tough French Top 14 side at the Sportground.

Having said all that, I am looking forward to getting away from rugby for a few weeks after the play- offs. It will be great to spend some quality time with my family and hopefully going on a holiday at some point as well – switching off and recharging your batteries can be just as important as training at times.

This season has been a massive step forward for us at Connacht, in terms of development and the results we’ve been getting. Last year we managed six wins in the league, so we were not far off doubling that this year – statistically it just shows the improvements, and that is evidence of the hard work the team is putting in, and the tireless efforts of the coaching and backroom staff as well.

Getting results against the big teams is a big measure of where you are at, and beating Munster and Leinster at home were big steps for us that really stand out – it hadn’t been done in quite a while beforehand.

The support has been absolutely massive again, it is certainly growing year on year. People come from a long way to see us play, and we owe every fan a lot – they are even there at the Sportsground when the rain is coming in sideways and it feels like a hurricane. To be voted the fans’ player of the year is brilliant and I’m delighted with the award. We have the best supporters in Connacht and I really appreciate all their support of me and the team – especially the way they turn out in numbers at the Sportsground week in week out. Interest in the game is growing and growing in west Ireland, and it is fantastic to see young kids on the pitch playing after the game and in love with the sport.

On top of all that, my year has been pretty good as well, both with Connacht and with Ireland. Winning the Six Nations has to be the highlight though – it’s my first professional trophy, so I’d say it’s not a bad way to start the trophy cabinet really! I have to thank the people who have given me the opportunities for having faith in me as a player, but also those who’ve helped me on the field. Gordon Darcy has been huge for me in the Ireland camp. He gave me a helping hand and tips about how to play 12 and what to do in games, how to approach certain situations.

It’s great to have people like that around, guys that you used to look up to when you were younger. When I was growing up, it was people like Darce, Brian O’Driscoll and Ronan O’Gara that I looked up to, I always had a massive interest in how they played the game. I would focus on what they did on the pitch and I’d look for things to do and improve on – I’d keep watching their performances closely and learning how they play.

But I am still keen to keep improving now, and hopefully I can do that as we move into another big year of rugby. Confidence is really high in the Irish team moving towards the World Cup. Obviously the squad hasn’t been announced yet so we’ll have to see what happens there because you cannot get carried away – but it’s definitely at the back of a lot of minds.

Robbie Henshaw is a Life Style Sports brand ambassador. Watch Robbie demonstrate the perfect chop tackle in this Masterclass video. Make sure you wear your colours with pride this Sunday when supporting Connacht Rugby as they take on Gloucester in the Champions Cup Play-Off.