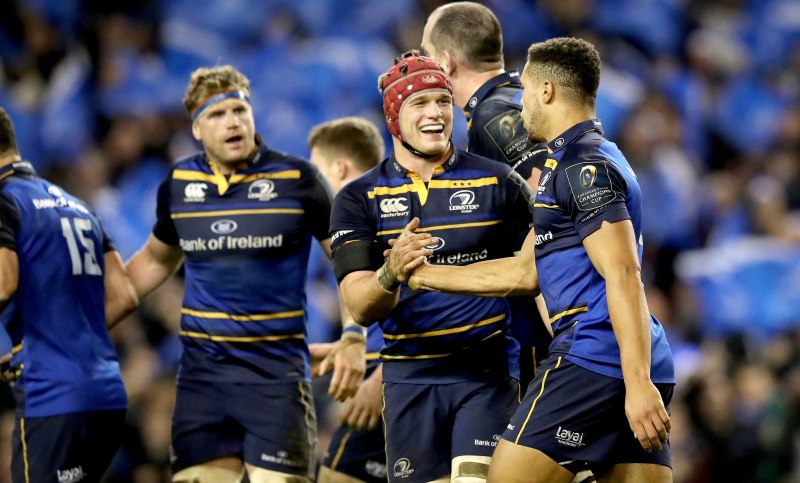 4 reasons why Leinster must win Pool 4

This Friday is crunch time for Leinster, as they welcome Montpellier to the RDS Arena with a place in the European Rugby Champions Cup quarter-finals on the line.

An impressive three wins from four in Europe has the Leinstermen in control of their pool with two matches remaining, five points ahead of their French opponents, seven clear of Castres and full 12 in front of Northampton Saints.

Victory underneath the Friday night lights would seal a spot in the last-eight for Leo Cullen’s troops but defeat would leave Montpellier hot on their heels.

With the mammoth clash just days away, we’ve put together four reasons why Leinster must win Pool 4:

For a club with as rich a European history as Leinster – they lifted the Champions Cup trophy in 2009, 2011 and 2012 – last season’s pool-stage exit was a real blow.

They finished bottom of the ‘pool of death’ containing Wasps, Toulon and Bath but reaching the quarter-finals by winning their group a year later would exorcise those demons once and for all.

Cullen’s men will be desperate to prove that early exit was an aberration, not the beginning of a trend, and young centre Garry Ringrose admits last campaign’s pain is spurring the squad on.

“It was certainly tough having seen Leinster do so well in Europe, and then being involved with them and not going so great,” said Ringrose.

“But it’s arguably brought the best out of us and narrowed our focus this year to take each game at a time, and that’s what we’ll do with Montpellier.

“It really would be special for the club if we could get back into the quarter-final and having the opportunity to achieve that is massive.”

With four of the five Champions Cup group winners earning a home quarter-final, there is a strong possibility that if Leinster top Pool 4, they will host a knockout clash.

The importance of playing at home can’t be overstated with all four of last year’s Champions Cup quarter-finals being won by the hosts and only one visiting team in each of the three prior editions of the tournament walking away victorious.

Furthermore, the Leinstermen have been unstoppable at home in recent times – unbeaten at the RDS Arena or Aviva Stadium this season and reminding everyone of the damage they can cause by thumping Zebre 70-6 at the RDS last weekend.

Winning Pool 4 would enable the vociferous support from their fans – bedecked in their replica Leinster jerseys – to be a factor in the knockout stages.

For the good of the competition

While the Champions Cup is always entertaining – it becomes really fun when the Irish teams are strong.

With the Irish fans creating a party-like atmosphere wherever they go and the players offering some of the most exciting rugby in the northern hemisphere, there’s nothing quite like Leinster in a major European game.

Last year’s quarter-finals saw five English and three French sides competing. They all earned their place but the latter stages of the competition was undeniably missing that something extra provided by the Celtic nations.

A rugby superpower like Leinster proving they are a force to be reckoned with by winning their pool can only be a good thing for the Champions Cup.

For the good of Ireland

With the Six Nations just around the corner, not to mention a British & Irish Lions Tour this summer, 2017 promises to be a bumper year for northern hemisphere rugby.

The best way for the young Irish stars that dot the Leinster team to prepare for the pressure those occasions will bring is to experience the closest thing to it that club rugby has to offer – the Champions Cup knockout stages.

Players such as 22-year-old winger Rory O’Loughlin or 21-year-old centre Ringrose will only benefit from being involved and the latter certainly feels that he and 23-year-old Robbie Henshaw – Ireland’s potential centre pairing for the next decade – will only continue to improve.

“I certainly feel lucky to play outside him (Henshaw),” Ringrose said.

“You forget how young he is because of the experience he has. It is just a pleasure to play with him and I am constantly learning off him.

“It is a great opportunity for me, personally, to get a chance to play alongside him. Hopefully I can improve as much as possible.”