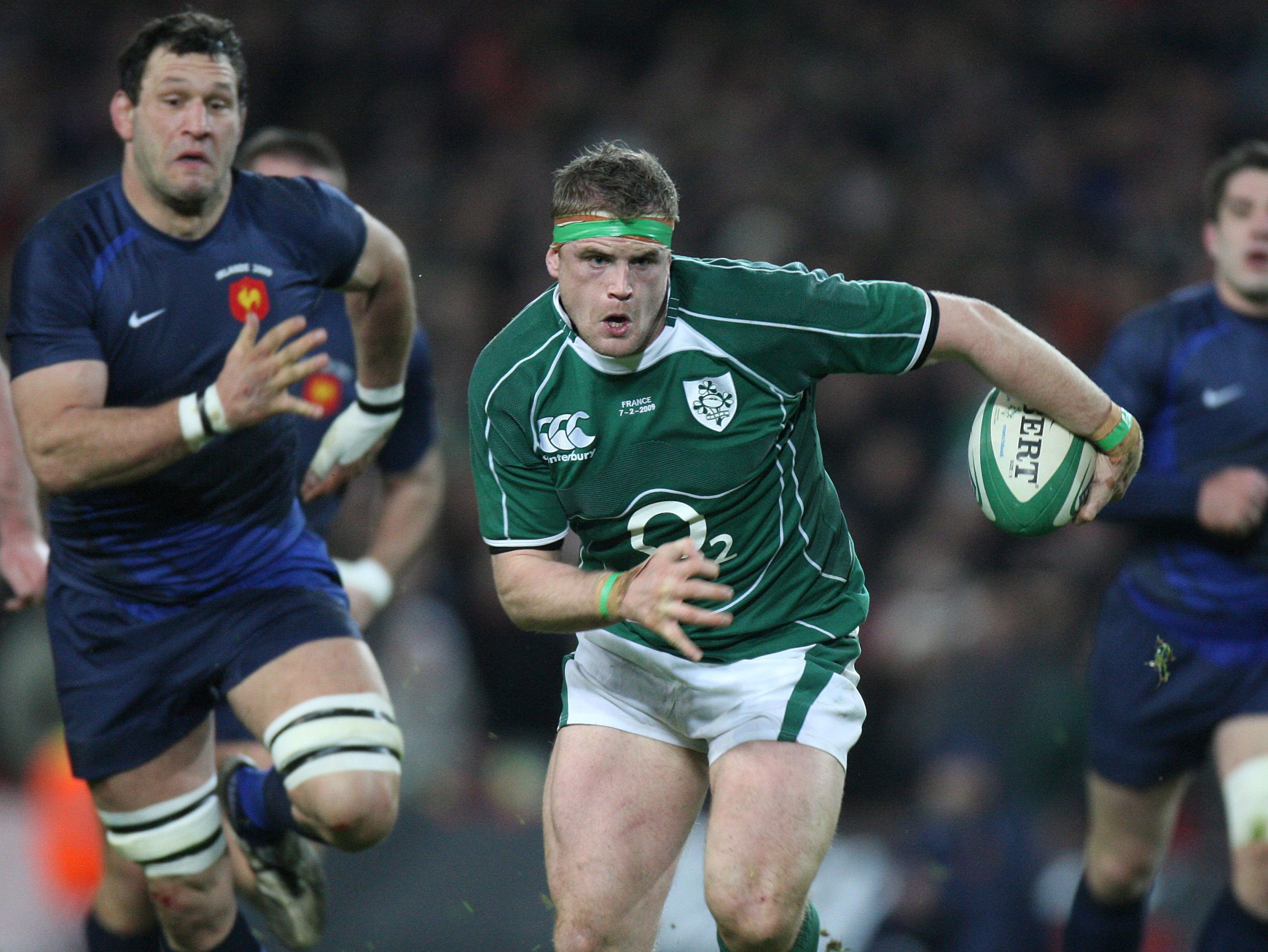 Ireland had been there before, among the favourites for the Six Nations title, with the golden generation of Brian O’Driscoll, Paul O’Connell and co long overdue a tangible reward for their consistent excellence.

When they took the field against France in 2009 at Croke Park, you sensed that was about to change.

In Declan Kidney they had a coach used to winning – two Heineken Cup victories in three years had earned him a shot at the Irish job and with victories over the French at that point few and far between, they knew a win had the potential to build huge momentum.

Though Irish success has skyrocketed in recent years – two titles in two years in 2014 and 2015 – it was this landmark win over the French that paved the way for a first Grand Slam since 1948 and the days of Karl Mullen, as well as a first Six Nations title since 1985.

What’s more, there was an incredibly potent mixture of youth and experience –Heaslip was fresh-faced and explosive, O’Driscoll retained his lightning pace but had started to add the breakdown aggression that characterised his later years.

But the French vintage of 2009 were no slouches, Clement Poitrenaud was a livewire at full-back, Sebastien Chabal was a monster in the second-row, while Thierry Dusautoir, Fulgence Ouedraogo and Imanol Harinordoquy formed a hugely imposing back row.

It was the great Biarritz No 8 Harinordoquy who got Les Bleus off to a flier, scoring the first try after 14 minutes following a flowing team move.

Julien Malzieu’s pass looked on the borderline of being forward, but the Irish were unphased when Lionel Beauxis’ conversion took them 7-3 ahead.

O’Gara kicked his second penalty almost immediately after the restart, but still it was the French who were in control and with the Munster No. 10 missing a penalty attempt after half an hour, Marc Lievremont’s side still led.

Heaslip though, turned the tide with a moment of magic. Bowe and Kearney combined to great effect from deep in the Irish half, taking Kidney’s men within touching distance before a sharp pass from skipper O’Connell kept play alive.

Leinsterman Heaslip then ghosted around Benoit Lecouls, before stepping Poitrenaud and fending off the challenge of Maxime Medard to go over and put Ireland 13-7 up with O’Gara’s conversion.

Beauxis pulled France closer with a drop-goal, but skipper O’Driscoll raced past the French outside-half after the break for a converted score that moved Kidney’s men 20-10 ahead.

The exceptional Harinordoquy was at the heart of a French revival, reacting fastest to scrambled Irish play to begin an attack that saw Medard cross.

Beauxis chipped ahead speculatively, after Harinordoquy had instigated a counterattack and the ball bounced comfortably into Medard’s hands and though France’s No.10 was off-target from the tee, he pulled Les Bleus within three thanks to another drop goal.

Vincent Clerc had struck at the death to seal a famous 20-17 French victory at Croke Park in 2007 and when France pulled close, another comeback looked plausible.

But first replacement Gordon D’Arcy made the most of a powerful forward surge to snipe over for a converted score to take the Irish 27-18 ahead.

And then – after another Beauxis penalty had edged France into contention – O’Gara put the game to bed with a final three-pointer of his own.

A major scalp claimed, Ireland had shown the sort of resilience required to see them past England by a point at Croke Park and come back to edge out Wales 17-15 in the Grand Slam game.